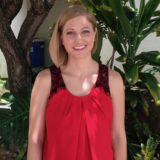 Charlotte Carter is a medicolegal death investigator a the Honolulu Medical Examiner’s Office.  She received her B.S. in Biology from the University of California, Davis in 2000. In 2003 she earned her MS in Forensic Science, Advanced Investigations from the University of New Haven. Mrs. Carter’s primary area of expertise is in death scene investigation and response and is a Diplomate of the American Board of Medicolegal Death Investigators.  Prior to her career as a death investigator she was the manager of the University of California, Davis Body Donation Program.  In this role, she worked to file death certificates, prepare human donors for research and education, and to coordinate educational opportunities that required the use of human donors.