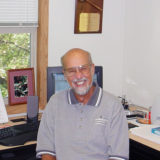 Ron Becker completed his studies for a Bachelor of Science degree in Police Science at Sam Houston State University in 1969. He went on to finish his Masters Degree in Curriculum and Instruction at Texas Agricultural & Mechanical University in 1972.

He worked with the Mineral County Montana Sheriff’s Office culminating his work there as a criminal investigator. He was responsible for all felony investigations reported to the Sheriff’s Office and successfully investigated and testified in many criminal prosecutions including murder and aggravated assault cases. He left a promising career in law enforcement and entered St. Mary’s Law School in 1980.

Upon completion of his law studies and passing the Texas Bar Examination in 1983, he became a partner in the general litigation firm of Gish, Radtke and Becker in Boerne, Texas. The firm became a successful personal injury practice. During that time Ron served as the Boerne Municipal Court Judge and as Special Judge in the County and District Courts (District Courts in Texas are felony courts). He has an intimate knowledge of court procedure and jurisprudence. He has provided professional presentations on admitting expert evidence.

The Underwater Crime Scene. 2015. Encyclopedia of Forensic and Legal Medicine.

Ron began work at Chaminade University on July 8, 2002 as program director for the Criminology and Criminal Justice Program. Since that time he has streamlined the graduate and undergraduate curricula, created an on-line Masters of Criminal Justice Administration tract and a MSCJA specialty tract in “Forensic Laboratory Management.” He was promoted to full professor in the Fall of 2006. He has worked as an underwater recovery consultant for the Honolulu Police Department and the Department of Land and Human Resources. Each summer he conducts a workshop in “Underwater Forensic Investigation”.

Ron’s hobbies include firearms, golf, scuba and sailing. He has been a competitive shooter of hand guns and shotgun and shoots regularly both trap and skeet.