After the horrendous crime was committed in 1981, everything pointed to Bell as the main suspect. Bell, however, maintained his innocence. After the development of forensic investigation and the analysis of the evidence found at the scene of the crime, Bell could not be charged with the homicide and was released soon after his arrest due to lack of evidence. For years the case remained open and without suspects. 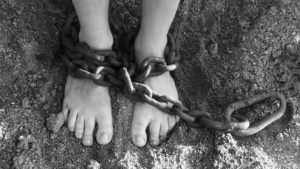 Over the years, thanks to the resources that the advances in technology provided, the victim’s family asked the court for a new review of the evidence involved in the case. In 2014, forensic scientists carried out further analysis of the evidence, including DNA analysis (DNA fingerprinting), which had not yet been discovered at the time of the homicide. Among the evidence associated with this case, there was an envelope containing an anonymous letter, which was sent to the family of the victim after the homicide. In this letter, it is suggested that an individual, person “X”, was responsible for the crime against Walsh. Chewing gum was also among the evidence found at the scene where the victim’s body was hidden.

After performing complex DNA analyzes on all of the evidence, forensic scientists were able to obtain, after 36 years, a particular genetic profile. This genetic profile was obtained from the samples taken from the envelope, which the anonymous letter was sent in, as well as from the chewing gum. With the results of the forensic analysis, the police were then able to resume the search for the perpetrator. This new search, pointed to the only suspect who had been previously investigated for this crime, the ex-husband of the victim. Once the police located Osmond Bells whereabouts, the judge requested to obtain a saliva sample from the suspect in order to compare his genetic profile with the genetic profile found in the evidence analyzed.

In September 2014, once the results of the DNA were received, it was determined that the DNA fingerprint recognized in the evidence associated with the case matched that of Osmond Bell. Bell was soon re-arrested for the murder of his ex-wife in 1981. Bell was finally sentenced on March 22, 2017 to 12 years in prison.

This case, like many other cases that are re-opened and solved years later due to advances in technology, shows us the important task that today’s forensic scientists have with society, the victims, and their families. The challenge this case faced over the years and its successful final resolution, represented not only how advancements in technology can aid forensic investigations, but also the tenacity and willingness of forensic scientists to solve a case years after the crime was committed. Another important point to be taken away from this case is how well the DNA in the evidence remained preserved after 36 years, which expand the boundaries of what we know about DNA.

Thanks to these new advances in ​​forensic science, the victim and their family members have been able to receive the justice they have longed-for for more than 30 years. This outcome is the directly result of correct management of chain of custody and the impeccable preservation of the evidence.